Antony Rogers is the Liberal Democrat Parliamentary Candidate for Meriden in the 2017 General Election. He grew up locally, and is passionate about championing Meriden. 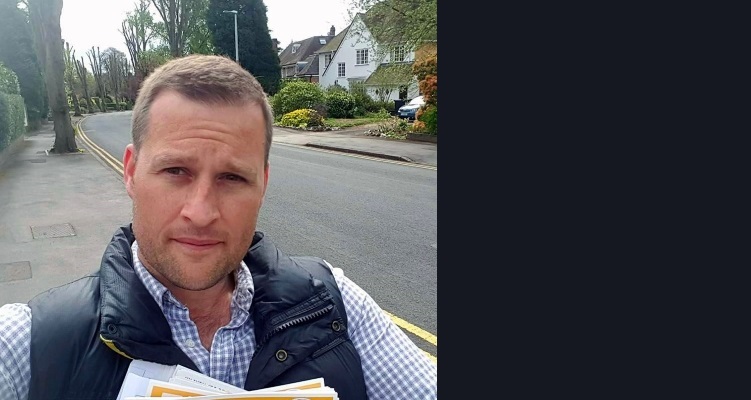 “I have spent most of my live in and around Solihull and Meriden, having moved here aged 7. I went to Coventry University, and now run a business locally. I have seen for myself how decisions made in Westminster affect the towns and villages of Meriden. I believe that now is the time for a committed and truly local voice to represent the people of Meriden and the borough we all call home.”

Antony joined the Liberal Democrats because he understands the party as a force for good.

In response to the launch of his parliamentary campaign, Antony tells us:

“As the husband of a police officer, I have seen the damage inflicted by the Conservative Party’s relentless austerity.  I have watched on as officer numbers have been cut, leaving officers “single crewed” more often.  Without backup, they face even more risk when they put themselves in harm’s way to protect our communities.  Frustratingly, the cuts also took their toll on civilian staff and vital resources such as custody blocks, which means that the already thinned ranks have been burdened with an ever growing workload and inefficient, lengthy journeys to so-called “super blocks”.  This costs us all.

It’s a similar story wherever you look.  While the cracks are beginning to show for the police, the NHS is reaching breaking point.  Any government needs to be realistic and will have to make tough decisions about funding levels and what treatments do and don’t get prioritised but I don’t believe A&E units should be up for discussion.  Yet, like many parts of the health service, they’re in crisis.  It’s a damning indictment that the Tory axe has fallen too hard and cut too deeply.

Let’s not return the same Tory MP who wants “more resources” for our local services while belonging to a party that has systematically failed to provide those resources on a national level; however they spin it, NHS spending per person is down.

The NHS used to be a source of national pride.  Your Tory candidate is proud of low taxes instead.

We are told to accept the austerity to get public borrowing and spending under control but there’s still more to come.  The IFS expects Phillip Hammond to fail to balance the books by 2022 without finding an extra £15bn of tax rises or spending cuts.

It doesn’t have to be this way, so on the 8th of June I’m giving you a choice.

We can slow down the rate at which we tackle the deficit and make a change, so that we dig a little deeper to fund our most vital services.

We are having an honest conversation with the electorate and are calling for an extra 1 penny on the pound for all rates of income tax ring-fenced for the NHS.  This will see a person on £30,000 per year’s monthly income tax contribution rise from £308 to just under £324.

This approach would help protect one of our most important services from lack of funding, whilst not resorting to reckless borrowing and failing the long term objective of reducing our national debt.”

Meriden deserves a local voice representing it as we look to the future.

We’re right with you, Antony.