Prospective Parliamentary Candidate for Meriden, Ade Adeyemo, has welcomed the news that the Liberal Democrats have fulfilled our commitment to starting two million apprenticeships in this Parliament. 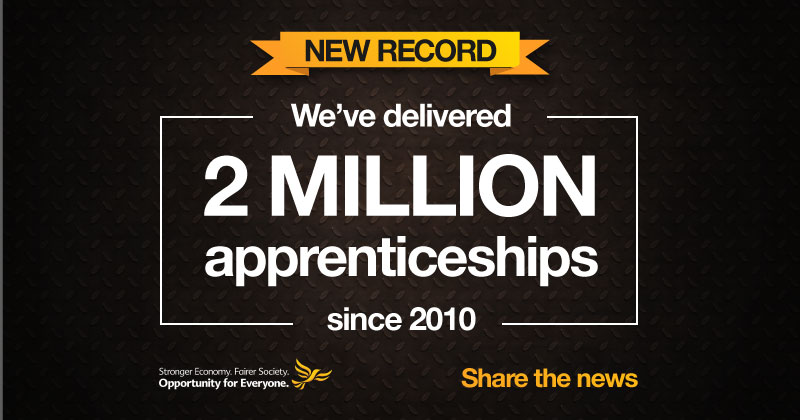 “Businesses need well trained young people to grow and prosper, and University doesn’t suit every school-leaver. We’ve known for a long time that the decline in Apprenticeships over recent decades has held back the growth of our economy.”

“We won’t stop now. In the next Parliament we will work even harder to get young people into fulfilling careers.”

"This isn’t just about numbers. From space engineering, to TV production, to legal services, apprenticeships are the ticket to a great job and a route employers trust to access the skills they need."